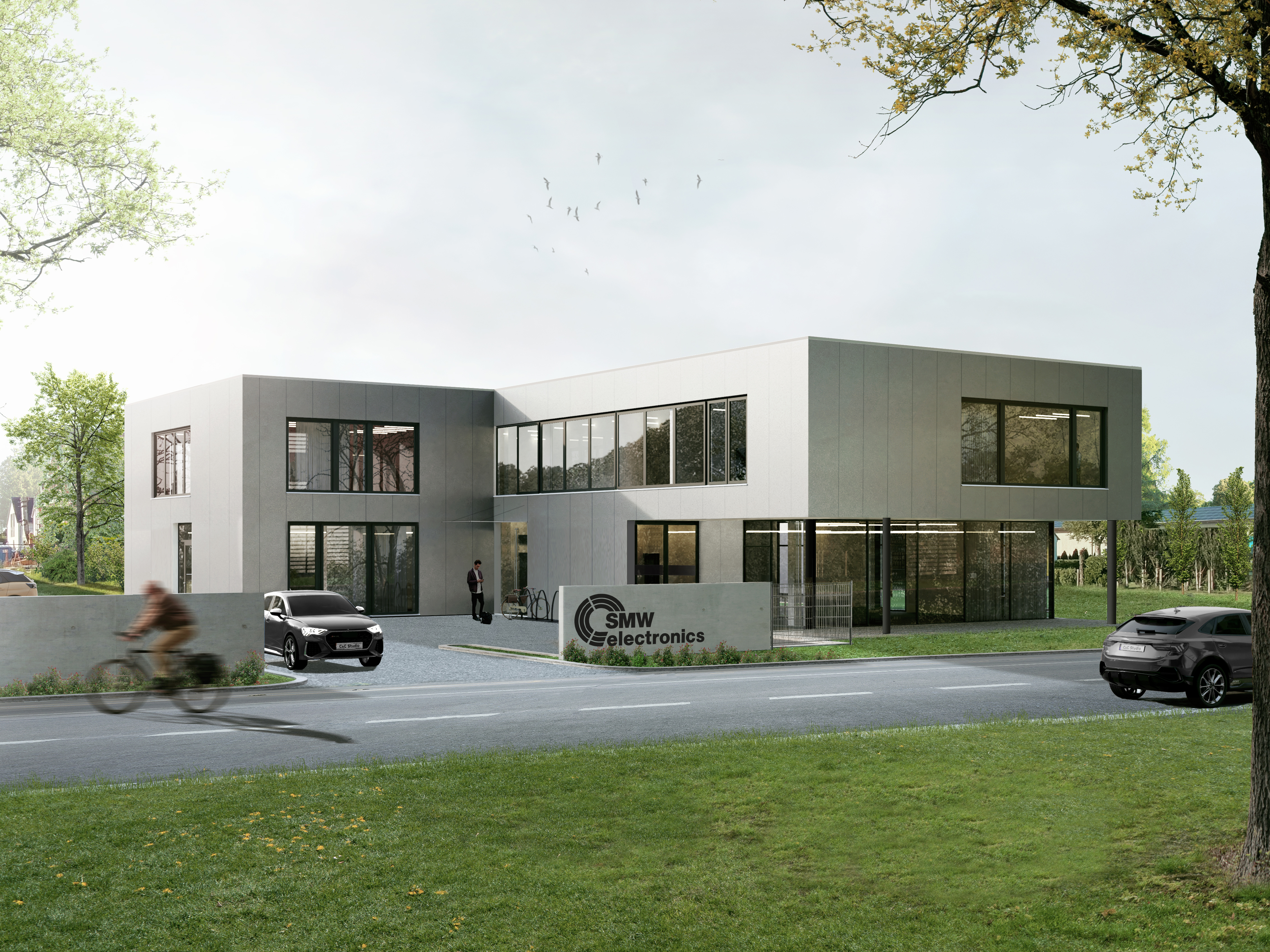 Excerpt from the press article of 29 May 2021, published in the Schwäbische Zeitung, by Roland Weiß:

"Some big steps come across as inconspicuous: an application from Wiesentalstraße, which the Technical Committee recently
unanimously approved, was for the „construction of a new office building with an assembly hall and 15 parking spaces“. The company behind the application is SMW electronics, a „newcomer“ to the group of companies that has existed as SMW-Autoblok since 1993 and has been located in Wiesentalstraße since 1975. The leap to the other side of the street (directly opposite the technology and logistics centre built four years ago) could be much more than pure expansion for the manufacturer of clamping tools.

After all, this means a new line of business for the „parent company“, SMW-Autoblok Spannsysteme GmbH. The business segment is focused on „products for the digitalisation and automation of processes“. The unique feature is the technology behind it, described as wireless transmission of energy and data via an air gap (maximum 20 millimetres).

The transmission takes place inductively from a stationary transmitter to a moving receiver, for example to a rotating application. It is intended to help especially where there was previously no technical possibility for transmission or where critical plug-in or cable connections come into play. Non-metallic objects in the transmission path are no obstacle: SMW can thus count itself among the world‘s leading companies in inductive couplers of this size, as Managing Director Eckhard Maurer confirms. A development that resembles that of a start-up, which identifies SMW as a hi-tech process supplier: around five years ago, as Maurer describes it, the potential of the new technology was recognised. The first prototypes were soon available, and at the end of 2017 SMW was able to feel confirmed on its path: The company received the Industry 4.0 Award from the state of Baden-Württemberg for a highly modern and flexible clamping system. The digital connection points were convincing.

Eckhard Maurer does not want to conceal the fact that high investments were necessary for the development. The „great popularity“ of SMW electronics and its products is already noticeable. And this is despite the fact that the start of operations has been set for the beginning of 2022. While there are ten employees in the division this year, the number is expected to grow to more than 30 by 2024. The products - including inductive coupler systems, intelligent sensor systems, mechatronic products for workpiece clamping and others - are sold on the free market and at the same time understood as a further development with which the company‘s own products from the clamping area are digitised.

If everything goes well, the bulldozers in Wiesentalstraße will start rolling in mid-July and the building will be completed by the end of May 2022. A two-storey building is to be built on an area of around 1000 square metres: the ground floor would be home to prototype production, the upper floor to the development department.

Maurer sees Meckenbeuren as a predestined location. The general conditions here are „very good“, including the skilled labour environment, according to the SMW managing director. „Suitable engineers and developers are attracted to such an area,“ is his assessment. But that‘s not all: SMW had the foresight to secure 8,000 square metres in the first section of the airport industrial estate two years ago. The timetable for this is to start construction in 2022 so that series production can begin there one year later."